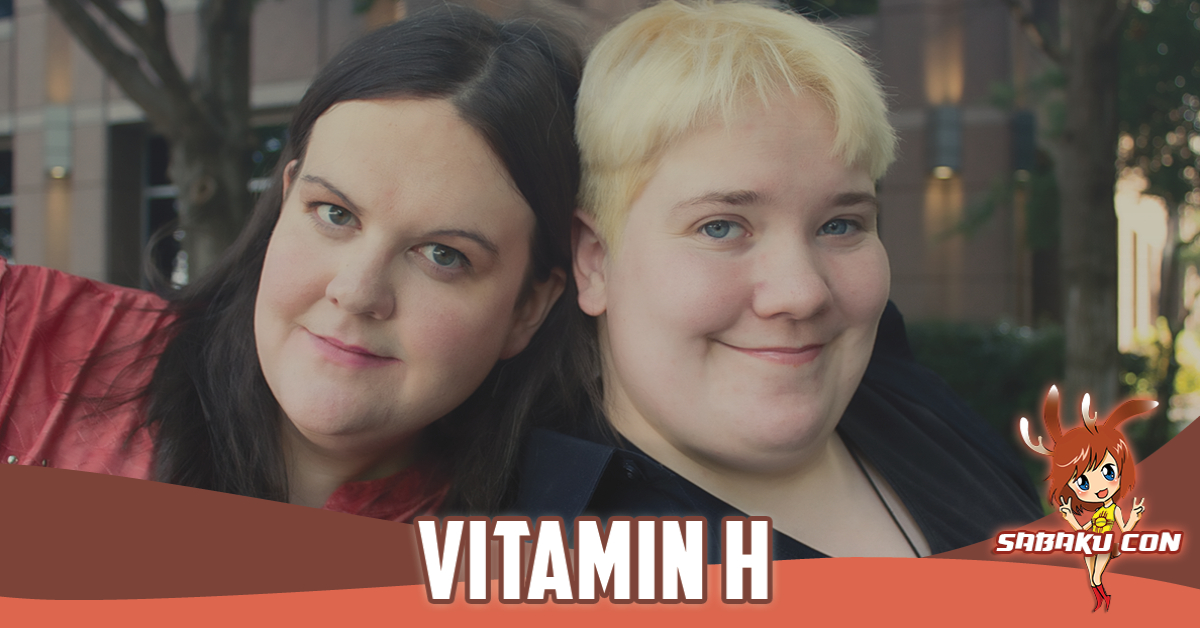 Vitamin H is the convention entertainment group who've been delighting nerds across the nation since 2013. They've rocked conventions from New Mexico to West Virginia, and now, they're coming to rock YOU. Together, Vitamin H have spent the past four years showing convention attendees that programming can be more than boring PowerPoints and monotone delivery, and that learning CAN be fun...provided there're enough dumb jokes involved.

Kidd Bowyer is a neon-haired motormouth with a fledgling YouTube show and awful taste in everything. Kidd focuses on old-school nostalgia, quirky counterculture, spine-tingling horror, and stuff where people's heads explode.

Annie "Pathos" Bowyer is a veteran anime fangirl, and occasional Funimation VA who spends most of her time neck-deep in CSS. Pathos specializes in extensive research, carefully crafted graphic design and lots and lots of brain-type facts.

Whether it's horror, humor, history, or just over the top, late night insanity, Vitamin H is dedicated to making sure you laugh and learn.